A couple of months ago I had a record breaking Facebook post. It was ridiculously successful, certainly the biggest post for Time to Change, but I was at a conference a little while ago and Oxfam were talking about their biggest ever post reaching 5 million people. Ours was 8.2 million, suggesting we might have beaten them too…

I’m generally alright at predicting how well posts will do and I was pretty sure this one would be post of the month, but post of the whole seven year programme was definitely unexpected!

“Today is the start of Depression Awareness Week 2015.

Whatever depression feels like for each of us who experience it, no one should feel ashamed of what they’re going through.

Our latest personal stories on living with depression and challenging stigma: http://bit.ly/1Dh9dWq“ 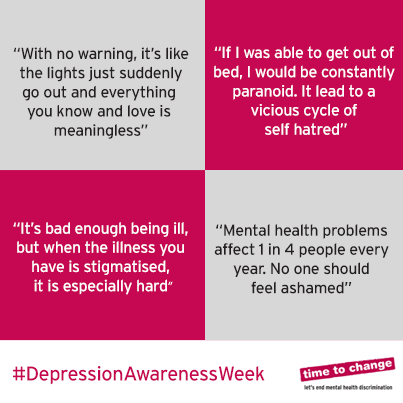 Because it was so unusually successful, a few people asked why I thought it did so well.

Here are 10 things I came up with:

They’re my 10, you might have others, or have had similar success yourself, I’d be interested to hear!